Skip to content
By Thomas WilsonJune 10, 2020BlogLeave a Comment on Intermittent fasting, what it is and how it works 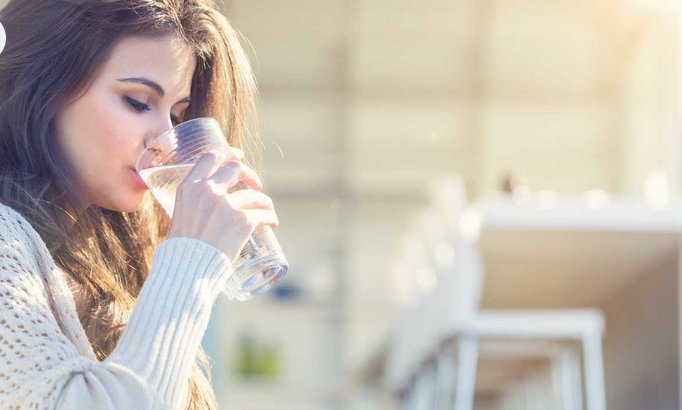 Food abstinence practices have been found in every culture since very ancient times.

Fasting can in fact be seen as an expression of a high degree of self-control: manifesting itself in the ability a person has to keep hunger under control, it represents the measure of his willpower on one of the most primordial instincts of man.

This concept has been translated into a different perspective and instead aimed at the effects on metabolism and general health: in this regard, various protocols of dietary approaches have been studied (and still are), under the name of Intermittent Fasting or Intermittent Fasting.

The research in this regard stems from studies on calorie restriction, a nutritional model that provides for the intake of a smaller amount of calories, without however reducing the intake of essential nutrients.

In short, it is about eating less but better, trying to enrich our food intake with important nutrients.

Initially the investigations were carried out on primates: a famous study published by a group of American researchers in 2009 in Science reported the experience observed on two groups of primates, one treated with caloric restriction and the other free to eat what he wanted.

Twenty years later, the results were surprising: survival in the treated group was significantly higher than in the untreated group, and a substantial disappearance of chronic degenerative diseases such as diabetes, heart attack and tumors had emerged.

More recent studies and applications of calorie restriction on humans confirm the old data and are consistent with improvements in the reduction of disease risk and with the potential anti-aging effects. The popularity is also due to the fact that famous people like Fiorello or American actors use it.

In parallel and recently, protocols have been devised instead based on intermittent fasting , i.e. on calorie restriction only within scheduled periods, alternating with periods of normal food intake, on a recurring. There are several models:

The 16/8 method is the most common and also the one that can be applied most easily: it can be used for example by anticipating dinner and skipping breakfast the next day.

A weekly schedule can include skipping dinner, in order to let the necessary time pass during the night, taking advantage of the sleep phase. Thus the time window in which to eat breakfast and lunch is reduced to 8 hours.

For example: breakfast at 7 am and lunch by 3 pm Then only liquids with no calories (therefore without added sugar, but preferably only water) until 7 the next morning. In this case, 16 hours would have passed. You can move the window from 8am to 4pm and resume the next morning at 8am.

It is essential to maintain a certain regularity. Remembering that this diet, also called mima-fasting, must not be thwarted by eating too much and badly. The 16/8 format allows you to combine physical exercise in the afternoon with a fast of sixteen hours.

The other schemes, including those not mentioned, are difficult to follow due to the need for strict planning of both nutrition and sports activities and I feel I advise against it, especially for those who are not followed by a professional (for example the 18/6 format is more complicated, having to enclose two meals in six hours). The results occur if the intermittent diet is continued over time.

Differences between Intermittent Fasting and OMAD (one meal a day)

The acronym stands for “ One Meal A Day “, or ” one meal a day ” and it is a type of regimen that provides for the consumption of a unique meal in the day .

This is a strong extreme of the concept of intermittent fasting, as it leads to fasting for 23 hours straight and having a large meal in 60 minutes.

Many people are adopting this method for weight control or for other health problems, but there is no doubt that as often happens in the food issue, it is spreading more as a fashion than for an improvement in their physical state.

In OMAD, the rules are few: the meal should be eaten in the same four-hour block of time each day, you are allowed to drink calorie-free drinks during the 23-hour fast, and you can eat whatever you want in the meal granted.

On the plus side, there is no need to consider calories or the exact nutrient profile of the food as long as all calories are saved for that period of time, but the drawbacks are obvious: not eating for 23 hours will inevitably lead to to choose the wrong foods, such as foods that are high in fat and low in nutrients.

The risks would be to frustrate the effort, leading people to eat more calories than necessary, lose control and choose unhealthy options, as well as the difficulty of getting enough nutrients the body needs every day.

Excessive restriction of this diet would lead to lack of energy, fatigue and uncontrollable cravings.

What are the benefits of intermittent fasting

Intermittent fasting is a hormetic stimulus: it means that if it is dosed correctly it produces a restorative and strengthening response from the body, as happens in the case of physical training.

This stimulus is triggered by the calorie deficit and induces numerous changes: the body adjusts its hormonal levels, the cells initiate the repair and autophagy processes against the damaged ones and gene expression is modulated, as well as the insulin response.

The effects of all these changes include numerous benefits on health predictors and also contribute to weight loss, with:

All these factors combined result in a decrease in the risk of developing diseases of metabolic origin, such as diabetes, hypertension, cardiovascular disease and the prevention of comparisons of certain types of cancer.

Because intermittent fasting is not for everyone

While there can be many benefits, on the other hand, abstinence from food lasting for many hours will be a stressful solicitation for the body that will not be able to adapt.

They are therefore interventions that should always be personalized and that possibly represent “improvements” and not initial steps in improving the quality of the power supply.

Healthy subjects can possibly try to follow the protocol for a limited period by monitoring the reactions, while for people with health problems or disorders (diabetes, taking medicines, underweight, pressure problems …) a medical consultation would be advisable before starting this practice, as the metabolic profile can even worsen.

Considering all the difficulties and risks, it is therefore better to follow a balanced diet for 7 days than to stress your mind and body with hours and hours of fasting. Even in the first case the weight is reduced and the blood parameters improve, but everyday life is not penalized.

Like all drastic diets, these protocols are besieged by those people who, in order not to commit to lifestyle changes every day, prefer to fast or almost for two days to get results.

In the long run all this can turn into frustration, exceptions become more frequent and everything goes back to the way it was before, especially if you proceed with the unfortunately DIY evergreen.

Or worse, it could induce behavioral problems and generate loss-of-control effects on nutrition.

While if you were able to change your habits one step at a time, day after day, having to follow strict feeding patterns would no longer be necessary: ​​the fundamental steps remain to eat better and regularly, exercise every day and manage stress.

Questions and Answers on Intermittent Fasting

Can you do intermittent fasting while exercising?

Yes, but you will need to evaluate your personal response to effort: some people have better results if they train on an empty stomach, others if they do it during the time window in which they eat food. It depends on the person, the intensity of the training and the goal.

What are the differences between intermittent fasting and a normal low calorie diet?

In the low-calorie diet there is a non-periodized calorie restriction, generally used in cases where the goal is only weight loss. Intermittent fasting, on the other hand, provides for a caloric restriction only on certain days or times, depending on the model adopted.

Differences from the ketogenic diet?

The ketogenic diet is a type of normocaloric protocol but with a distribution of nutrients that prefers proteins and fats to the detriment of carbohydrates. Intermittent fasting, on the other hand, provides for a balanced distribution of macronutrients but with a periodic calorie restriction.

The two protocols are united by the metabolic pathways that are activated with their practice, namely the production of ketones used for energy purposes instead of carbohydrates.

What can you drink or eat during intermittent fasting?

It is necessary to distinguish the time of fasting from that in which it is allowed to eat: in the first, any food that brings calories would make the effort useless, but it is possible to have drinks without added sugar such as tea, herbal tea, water or coffee.

In the window where the meal is scheduled, all foods can be eaten, with an eye to the general composition and quality, as in the example of the Harvard single dish.

Is it good to take supplements when fasting?

Some types of supplements are necessary in the case of a normal diet, so it is good to continue their intake even during a period of intermittent fasting, in which the risk of micro-deficiencies is higher.

Can intermittent fasting be practiced at any time in life?

In some physiological periods, the practice of intermittent fasting is not recommended, such as in the case of pregnancy, breastfeeding, childhood and development. It is also not appropriate if you are trying to get pregnant.

Is it better to skip breakfast, lunch or dinner?

In scheme 16/8, the periodization that everyone deems most valid for himself can be adopted, but basically skipping breakfast or dinner is easier to apply.

What does science say about intermittent fasting?

Several studies have been done on intermittent fasting, in which the effects described above were found, such as the improvement of the metabolic profile and the decrease of weight.

Want to know more about intermittent fasting: when, how and why to do it or not? Download the FREE PDF MANUAL “Intermittent Fasting: Questions and Answers” , which I wrote especially for you. It is useful and easy to read. 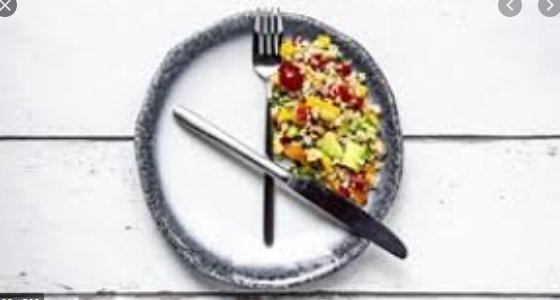