Skip to content
By Thomas WilsonOctober 4, 2020ArticlesLeave a Comment on The two main dangers of our diet

It is well known that the eating style in the Western world is deeply flawed. However, there are completely different opinions on what the main errors are and their consequences on our health.

According to some, the greatest risk is given by food pollution ; according to others, it is animal proteins that give the greatest problems; still others believe that fiber deficiency is the biggest risk. Finally, some experts argue that sugar and excessive consumption of refined grains are the main problem.

It is not easy to make a selection, but I believe that the scientific literature offers sufficient evidence to support that the two main problems are:

1. The excessive intake of calories compared to consumption

Throughout our evolutionary history we have lived in a world with limited availability of food and a high need for consumption due to physical work and the need to get food. This relationship between income and consumption has determined much of our evolution on the metabolic level. Over time, however, this balance has been progressively lost and in particular after the Second World War it has been completely interrupted due to the arrival of huge quantities of industrial foods and the spread of technologies that have drastically reduced physical work . Today we know that a chronic mild calorie deficit acts in the body as a metabolic regulator and a promoter of cellular repair processes. This was once our natural condition without the need to resort to forced calorie restrictions or scheduled fasts. The permanent excess of calories we live in today instead shuts down the ability of our cells to repair themselves and accelerates the aging process. We must therefore resume eating less and consuming more. Trivial habits, but difficult for most people to adopt.

Among the many aspects of our diet that have changed in the modern era, certainly the intake of refined sugars and cereals is the most striking. In the US, something like 70 kg of sugar is consumed per capita per year! These are foods completely absent from our primordial diet and which today have assumed the role of absolute protagonists. There are many data in the literature that attribute to the consumption of sugars a fundamental role in the genesis of phenomena such as obesity, cardiovascular diseases, neurodegeneration and even some oncological pathologies. Promoting these responses is insulin resistance induced by excessive consumption of refined sugars and grains. In an attempt to lower blood sugar, the pancreas is forced to produce huge amounts of insulin. This causes the cell receptors for this hormone to become less sensitive and therefore to reduce the action of insulin itself. High levels of insulin and blood sugar then cause a series of metabolic alterations and accelerate aging through a process called glycation. It is therefore necessary to reduce sugars to a minimum and take only whole grains in variable doses depending on the level of physical activity.

Beyond the talk about the best diets and the debates among experts or presumed such, it would be really easy to learn how to eat better. With only two moves you can in fact obtain enormous benefits: eat less and eliminate sugars. Seeing is believing!

These are just a few tips. If you really want to improve your health through nutrition, “Potential Nutrition” is the course you need! 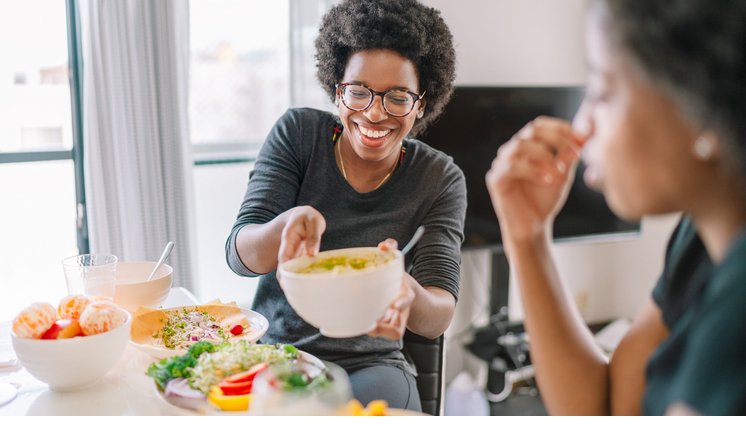