Skip to content
By Thomas WilsonSeptember 18, 2020ArticlesLeave a Comment on 3 steps to making 2020 the healthiest year you’ve ever experienced

As always, December and January are months in which balances on the past intertwine with plans for the future. The weeks between the end of the old year and the start of the new are often rich of ambitious goals, good intentions and regrets for the mistakes made.

Unfortunately very often all this fades a bit miserably already à at the end of January , when we return to being victims of the usual routines and habits.

A classic example concerns physical activity. Around Christmas the regrets begin, made more alive than ever by the gastronomic exaggerations typical of the holidays. In January, people join the gym convinced they can get back in shape. Enrollments peak at the end of January, but gyms begin to empty as early as March. This happens year after year.

But what determines this somewhat contradictory attitude?

The answers may be many, but in a nutshell we can say that our dreams crash against the harsh reality à .

We lack a strategy that allows us to avoid false starts and to reach a state where old habits are a distant memory and new ones don’t cost much effort.

Where to start then? Here are 3 points that may be useful to you:

Success in any action depends on a relationship between the results obtained and the expectations with which we start.

In changing lifestyle habits, people often have excessive and unreal expectations. Getting back in shape in two months after thirty years of being sedentary is a typical example. As well as wanting to quit smoking, change diet, start training all at the same time.

Our habits can change, but the first rule is to take one step at a time and be clear about the work we face.

2. Aim to replace old habits with new ones:

The first goal we should aim for is not an achievement in itself, but a fundamental prerequisite Let’s take an example.

Let’s say a person makes up his mind to get in shape and chooses to go for a run every morning before work. If in doing this the person immediately thinks about the benefits he will get, how good he will be in running, the incredible physical results that will arrive shortly after, he risks being deeply disappointed and giving up under the weight of frustration.

If the same person simply focuses on turning their choice into a real habit, in the long run, step by step results will also come. Focusing on creating a habit means forgetting everything except the gesture itself.

It means starting slowly and with little, but not giving up even if it’s hot, if it’s snowing or if a terrible wind blows. Thus, within a few months that gesture becomes automatic and at that point we can raise the bar and think about the results.

3. Discover the virtue of rest

We’re all too tired. Today fatigue is such a widespread disease that it is completely neglected.

Yet too many hours of work, constant interruptions and distractions from phones and the internet, constant exposure to city noise and even holiday stress, mean that most of us have very limited resources to cope with. change.

But we can’t forget that changing is hard and everything becomes difficult, even the things we are used to when resources are too scarce. A good way to deal with introducing new habits is to do it from a fully recovered condition.

For example, if we have to get into the habit of exercising every day, it is better to try early in the morning. In the evening we will be tired and we will certainly find a thousand excuses to postpone.

Taking care of s é is not as complex as it seems. We don’t do it enough, even though we know how important it is, because we are distracted, overworked and too tired to add one more task.

Let’s start with small steps and repeat them over time, so that our change will gain à strength until it becomes an unstoppable avalanche. 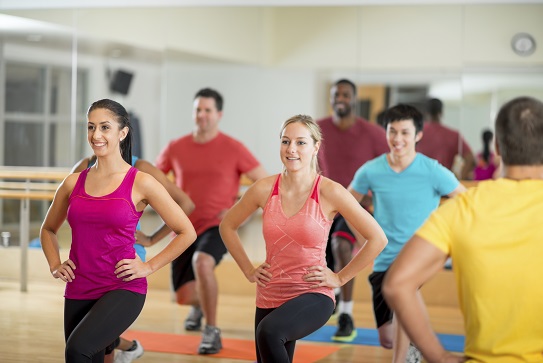