Skip to content
By Thomas WilsonOctober 20, 2020InterestingLeave a Comment on Sugar is (also) bad for the skin

What exactly happens in our bodies when we consume too much sugar ?

When it comes to sugar we immediately think of sweets, but these are just an example of the many foods that cause an excessive rise in the blood sugar level .

This effect brings with it various damage to our health: there are primary , which we have often talked about, and secondary , which few know, such as for example damage to the skin.

I talk about this and more in today’s video.

You’ve always been told that the brain and muscles need sugar to work properly, but that’s not entirely true, at least as understood by most people.

Ultimately, excess sugar, and I’m not just talking about refined sugar, is definitely not good for our body and is ultimately one of the main causes of aging.

Try to imagine for a second the gear of a beautiful watch with all its tiny pieces assembled with a lot of attention by a Swiss master watchmaker of the highest quality, try to imagine pouring a jar of honey over it and imagine for a second that what would happen … in a very short time the whole mechanism would jam because it would literally be stuck in every component by the sugar contained in the honey.

Now I don’t want to sound too tragic, but this, obviously in a less acute, more gradual way, is a bit like what happens in our bodies when we eat too much sugar.. Keep in mind that in the United States it is estimated that a person eats about 70 kg of sugar in a year. Fortunately, in Italy we are not at those levels, but we are not very far away either and if we add to the sugar we add to every coffee, to the tea, to the sugar contained in sweets, we also add up all the large quantity of refined cereals that we in Italy instead tend to eating really too much like pizza, bread, pasta, potatoes, sandwiches, sandwiches, etc., produces too much sugar for our body.

Now our bodies don’t tolerate this phenomenon well; the continuous rise in blood sugar causes an overproduction of insulin and at a certain point this mechanism of increase in blood sugar and increase in insulin tends to stand still and what is called the metabolic syndrome develops, that is a ‘ insulin resistance , in the sense that the body has to produce more and more insulin, insulin works badly and at a certain point we go towards the metabolic syndrome, which is a door opener for diabetes and many other problems.

One of the phenomena underlying this constant presence of too much sugar in the blood is called glycation . Glycation is precisely this bond of sugar with body proteins that leads to an alteration of their functionality and their structure in the true sense of the word. Look, a very very simple example of this is what happens on people’s skin; we leave out the expenses for all skin care for legitimate charity, but if one thought about it for a moment, in the end skin care takes place mainly from the inside, I am talking about glycation and skin, because in reality the sugar that binds in particular to the collagen and elastin destroys their functionality and is a huge and powerful accelerator of skin aging.

So one of the first things to do for your skin to actually age less is to give up sugar or at least use it very carefully only when it’s really worth it, if you go to the party birthday and there is a cake to eat I understand, but if you load your body every day the problem becomes serious.

Skin is only one of the manifestations of damage that sugar creates, it is perhaps the most visible, but keep in mind that what happens to collagen and elastin and what you see on your skin actually happens in all other fabrics, even in those that you do not observe and do not see. Glycation is basically a great accelerator of the aging process together with two other important processes which are oxidation, that is, damage from free radicals and inflammation.

At this point, however, you are surely wondering “eh but the brain, the muscles, don’t need sugar?” and the answer is yes and no, in the sense that yes the brain and the muscles certainly use sugar as fuel for their activities. The muscle, when the intensity of the activity is quite high, undoubtedly needs to use sugars, the brain mostly uses sugars all the time, then one might say “ Sugar is good for this ” , and in fact it is one of the things that has been said for a long time and that has led people to not be careful enough about excess sugar.

So what’s the problem? In reality it is very simple, the brain and muscles use sugar, but sugar that is produced by the body through the metabolization of complex carbohydrates, therefore of those nutrients that come from your intake of vegetables, fruit, cereals wholemeal, of tubers, that is all those foods that provide carbohydrates, but not necessarily in the form of a sugar cube, a teaspoon of sugar or a dessert.

So here there was a bit of a let’s say slightly deceptive interpretation of the problem, that is, from a certain point of view we have, if you like, used a truth, that is, the brain and muscles need sugar, but not to fully explain the mechanism, but to essentially urge people to consume sugar, or at least not to pay enough attention to the damage caused by the sugar itself.

Keep in mind that the phase, fortunately, which lasted too long, of the all-out fight against fat has passed, and today we all know very well that fat intake must be absolutely protected and not excessively reduced , it being understood that there are healthy fats and less healthy fats. Today all the attention in the nutritional field is actually aimed precisely at the abuse of sugar , because no doubt by now many data tell us that the quantity of sugar and refined carbohydrates, or better refined cereals, that we ate in recent times has undoubtedly been very very high and it is not the only one, but it is one of the causes of the problem of overweight, metabolic syndrome, obesity that we see today also in children for example.

This happened basically because we didn’t pay enough attention to the amount of these foods in our daily diet, but also logically because, since the postwar period, our level of physical activity, or rather of physical work, has really plummeted. .

So in a dimension where a person’s work is mainly physical, tolerance to a certain degree of intake of even refined grains and possibly even sugars is not good anyway, but it is certainly more acceptable. When we combine a high use of refined grains, sugars and a very very important sedentary lifestyle such as that, unfortunately, of most Italians, the sum of the two effects becomes very dangerous.

So a first step to start correcting your diet and at the same time a first step to do something concrete to slow down your aging process, even for those districts that bother you most because they are the ones you see when you look at yourself in the mirror, for example the skin, is eliminating sugars from the daily diet , keeping the slice of cake or ice cream for when there is a special occasion , but getting used to it to a diet that is exclusively made up of foods without this glycemic load so powerful that it destabilizes our metabolism.

Should the cereals be removed? No, whole grains can absolutely be eaten, their quantity varies according to the physical activity you will do. So a very simple tip to put into practice tomorrow too. 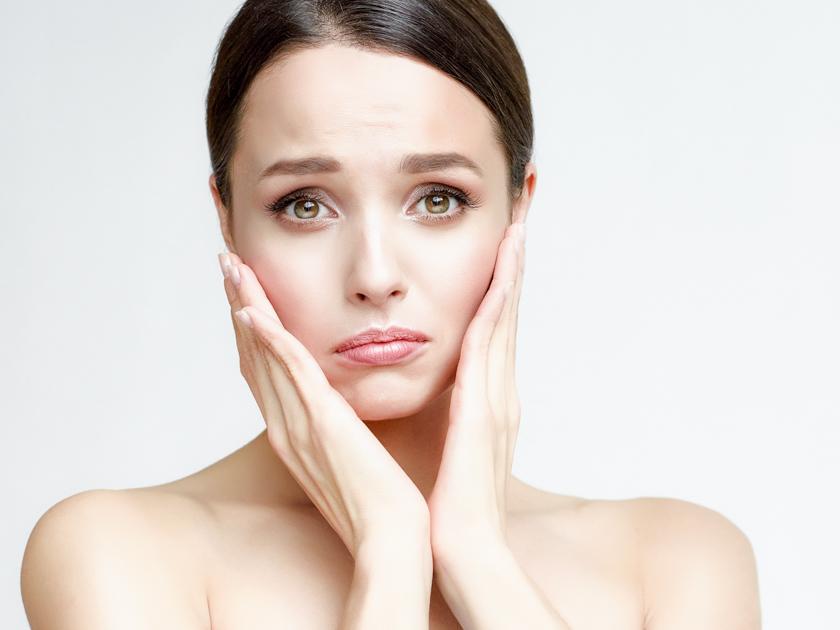