We know it well: a good part of people eat too much and badly. But there are others who think that eating better, ie choosing foods more carefully, has solved every problem. Unfortunately both are wrong. You can gain excess weight and even run into metabolic diseases even by eating extra virgin olive oil, walnuts, almonds, avocados, dark chocolate and berries.

Food has accompanied us throughout our evolutionary history with a leading role. Obviously as a source of sustenance that allows survival, but also as a pleasure that makes life more beautiful.

However, as man has changed his natural reality and has learned to get food without having to make any effort, the role of food as a source of pleasure has become absolutely predominant.

The food industry has grasped this evolution perfectly and has learned to play with our neuro-behavioral response to food. A little more sugar here and there and the consumption miraculously increases. A new blend of fat and salt and the snack becomes irresistible!

Sugar, fat and salt emphasize the natural dopamine release associated with food intake or even the expectation of eating something good. Artificial blends of these ingredients lead each of us to the so-called bliss point , a point of maximum pleasure made possible by the massive release of dopamine that makes us feel satisfied and happy. The problem is that n this way we become addicted to the pursuit of this artificial pleasure , ending up eating more and more.

So we find ourselves today with an epidemic increase in overweight, obesity à , diabetes, cardiovascular diseases, tumors and other pathologies related in some way to the diet and lifestyle as a whole.

An industry that destroys its customers doesn’t have a long life and therefore, fortunately, we are seeing a gradual turnaround. More and more companies are striving to produce and distribute healthier and healthier foods. people seem to have a new awareness of the role that food plays in our health.

But eating better is not enough. The real challenge is to eat better and less and consume more. The idea of ​​eating less is not particularly interesting for industries, large retailers and cooking enthusiasts, but is exactly what the research suggests.

For decades, many studies indicate that it is essential to restore that ancient balance between income and consumption , that condition linked to our past as hunters / gatherers forced to work enormously for every calorie gained.

Restoring this balance by consuming more and eating less activates a long series of regenerative circuits in our cells and appears to be capable of promoting longevity à and health .

So replacing sugar with agave syrup is not a particularly revolutionary act , but rather a way to remain somewhat dependent on food and the emotional compensation it offers us and not to modify your behavior by a comma. The metabolic result differs little from using the classic sugar.

After all focusing on the potentially beneficial role of a single food , a diet currently in fashion or a superfood that comes from far away is often a way to distract yourself from those behavioral changes which are the real long-term solutions.

Eating less is not easy. It is much easier to correct, replace, change by continuing to eat as before in quantitative terms. But learning to eat less is an act of great change and a fundamental demonstration of self-control.

On the other hand there is also another often overlooked aspect: that of consuming more. Also in this case, starting our body and performing regular physical activity is not easy and requires a degree high control over one’s life.

TO DEEPEN: 2 actions to unblock your metabolism and start losing weight

So, as much as eating better can be useful, it would be much better to set up two strategies capable of having an even more powerful action on our health and longevity:

1. Eat less : reduce all portions by 10-15%, learn to tolerate hunger, explore the possibility of intermittent fasting as an additional intervention to strengthen the metabolic and behavioral response. The simplest approach is the so-called 16/8: 16 hours of fasting followed by an 8 hour window of eating.

2. Consume more ù : turn down the heating at home and in particular in the room where you sleep, exercise regularly, choose every option in life that allows a higher calorie consumption (climbing stairs, walking and cycling, standing during working hours for example).

Correcting food errors and replacing harmful foods with more wholesome foods certainly helps . However, it is only a first step after which people stop too often . More needs to be done and in particular to work to restore a delicate and fundamental balance that involves reducing the calories ingested and increasing those consumed. 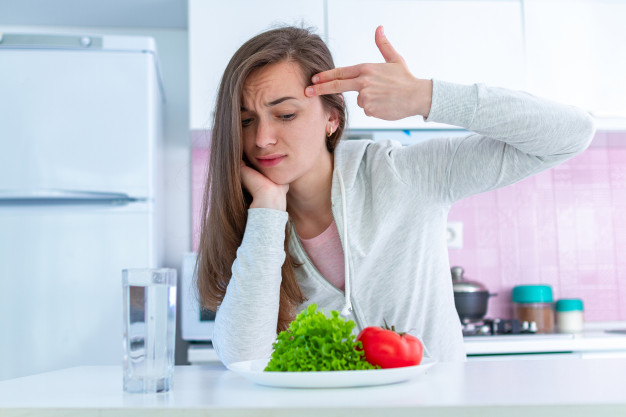