Skip to content
By Thomas WilsonJune 13, 2020BlogLeave a Comment on What are Omega-3s. What are they for and where they are

The term omega 3 defines a category of fatty acids which have beneficial properties for the body and which, in most cases, are insufficiently consumed in a typical Western diet .

It is the latter that have aroused a lot of interest in recent years for their action to modulate inflammation. The polyunsaturated fatty acids are in turn divided into omega 3 and omega 6 with opposite actions on the inflammation processes. Both types of fats produce molecules called prostaglandins which have an action of reducing inflammation in the case of omega 3 and increasing in the case of some omega 6.

Foods rich in omega 3, where they are found

Omega 3 is in turn divided into those of plant origin such as alpha linolenic acid (ALA) and animal ones such as eicosapentaenoic acid (EPA) and docosahexaenoic acid (DHA). Only the latter have direct actions to modulate inflammation. Therefore, even if they are also found in foods of vegetable origin such as flax seeds, in fact those that must be taken are those of animal origin present in blue fish ( sardines, mackerel, sardines, salmon for example).

Alternatively, those extracted from krill and algae can be used or even in foods such as eggs or even meat , if they come from animals raised in a natural way. Plant-based omega 3s are not very effective because the conversion of ALA into EPA and DHA is slow and not always effective.

It is therefore essential to include these foods regularly in your diet or at least have a constant supply through a targeted food supplement.

It should be borne in mind that the term ‘inflammation ” does not simply mean the process associated with pain in the knee or elbow. It is a largely silent mechanism of wear and tear of the structures of the body and in particular of the inner lining of the blood vessels and that of the nerves. This is why the levels of inflammation are so closely connected with the risk of cardiovascular and cerebro-vascular diseases.

The levels of inflammation can be measured with specific laboratory tests including c-reactive protein, ESR, interleukin 6 and TNF-alpha.

Due to their anti-inflammatory action, omega 3s are now recognized as essential nutrients for maintaining health and preventing many degenerative diseases.

Furthermore, a recently published research has indicated that higher plasma levels of EPA and DHA are associated with lower vascular stiffness, a parameter in turn linked to the risk of developing cardiovascular diseases including hypertension, heart attack and stroke.

While there is no real official recommendation on how many omega 3s to take, 250-500 mg per day of associated EPA and DHA are considered sufficient to help preserve health . Higher dosages may instead be necessary in case of autoimmune or inflammatory diseases, always on medical advice.

In most studies, the consumption of omega 3 is insufficient compared to the recommendations and, above all, it is reduced when compared with the intake of pro-inflammatory omega 6. These are in fact present in many low-cost industrial products and therefore consumed in large quantities.

A real deficiency can cause skin problems, becoming scaly, irritated, with signs of dermatitis. In addition, as mentioned, to worsen inflammatory processes. Individuals suffering from chronic diseases, such as those related to the heart, are at risk as they can have an overall benefit (see below) for heart function.

The correct ratio between omega 6 and omega 3

Today, through specific laboratory tests, it is possible to evaluate the ratio between omega 6 and omega 3, which is important for understanding the risk of developing inflammatory diseases. A proper diet should produce an omega 6 to 3 ratio of 4: 1 to 1: 4. The typical modern Western diet determines a ratio of 16: 1 and exposes most people to a strong inflammatory risk.

This nutritional imbalance between omega 6 and omega 3 intake is connected to the change in our eating habits and modern farming methods. On the one hand, in fact, we have introduced many more industrial products that often contain oils rich in omega 6 such as sunflower oil. On the other hand, we have reduced the consumption of foods of genuine animal origin and therefore naturally rich in omega 3 such as meat from wild animals and caught blue fish.

Clearly the spread of intensive farming of both meat and fish determines a profound change in the concentrations of fatty acids present in meat because they are directly linked to the type of diet followed by the animals themselves. Animals raised on feed rich in omega 6 end up having disproportionate concentrations of these inflammatory fatty acids.

The benefits of omega-3 fatty acids

How many omega 3 to take per day: the supplements

To have sufficient doses of omega 3 in your diet, you should consider taking a supplement. These are substances with a very high safety profile and which rarely have contraindications when used in the correct doses. From a preventive perspective, the correct dosage is 1-2 grams per day of fish oil (containing at least 250-500 mg of EPA and DHA ). Under medical prescription, in cases of inflammation already present, the dosages can be higher.

The choice of supplements should be made carefully and possibly with the advice of an experienced doctor or pharmacist. Certified oils (free of toxins and heavy metals) are preferred, in hard capsules and divided into blisters or at least in a dark glass container. This is because they are delicate oils that are easily affected by heat and the effect of light.

Learning to manage your diet is important and not always easy. I suggest you get an idea by watching this free video lesson ” The timing of Nutrition “, taken from the “Potential Nutrition” course. Don’t miss it! 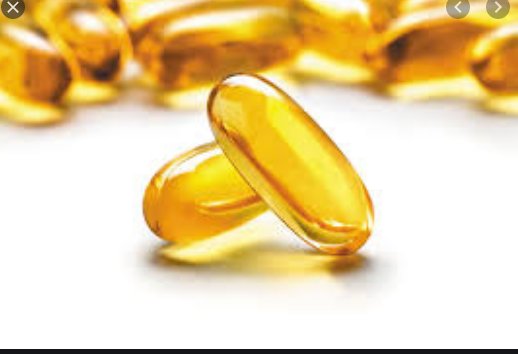